They used Xena to make Figure 1, where they explored the relationship between MEK5, the TFAC30 gene expression signature, and patient survival. 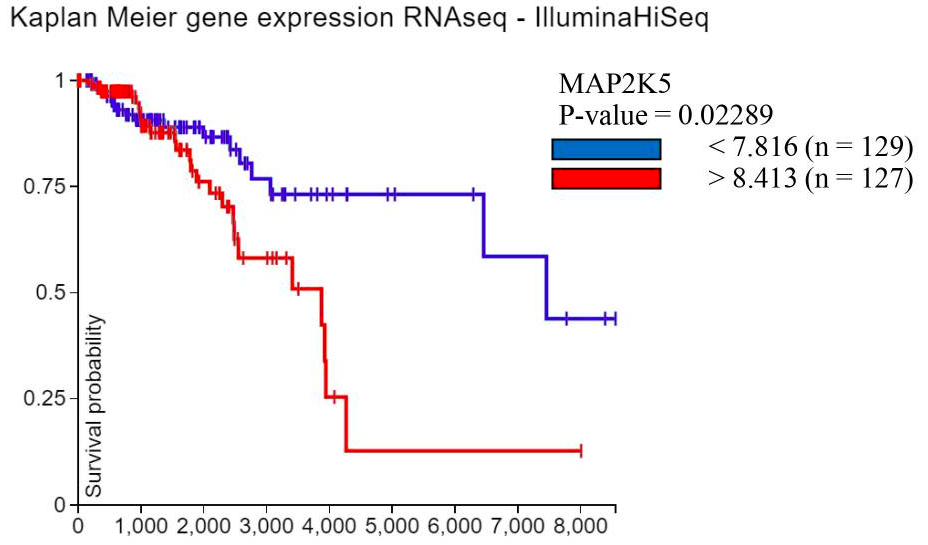 Part of Figure 1 from the paper